“Groups of varying ages covered a wide field in both singing and instrumental numbers and the overall impression was the wonderful painstaking work done in the schools for the advancement of musical culture.”

A number of teachers, school inspectors and the priests of St. Mary’s 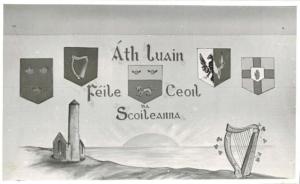 Parish formed the first committee. The inspiring genius behind the whole movement was Brian Ó Dubhghaill, Music Inspector of schools.   Brian was still Honorary Director of the Féile and a loyal supporter until his passing away in October 2013.

Féile Ceoil na Scoileanna has been running successfully without a break since 1966. Its’ present venue The Dean Crowe Theatre has hosted the Féile for over 40 years.

By continuing to use the site, you agree to the use of cookies. more information